Education is not about filling a child’s head with information; it is about developing the whole child – heart, mind, and body.
More about Brainchild… 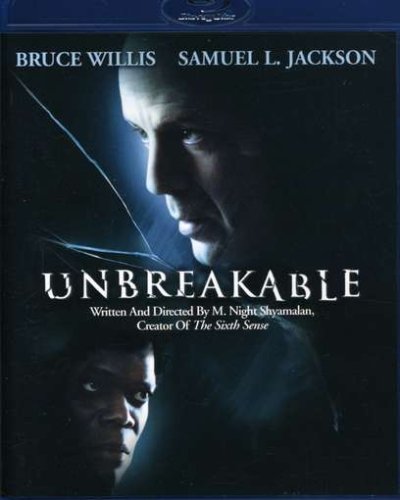 The movie “Unbreakable” is about Elijah, a man who is born with Osteogenesis Imperfecta Type 1. His bones were so brittle that when he was born, he had broken several bones during birth. To understand why he is, Elijah has a hypothesis that he was born at one end of a spectrum of which his polar opposite would be a man with such strong bones that that man would be unbreakable.

“Unbreakable” brought to light a very interesting perspective that has always intrigued me. If nature can create beings with such genetic flaws as Elijah, would it be so far-fetched a concept that one could also find beings with “super human abilities”? Of course, I’m not referring to the radical powers displayed by the characters on the new hit series “Heroes” or even those from “The X-Men”.

Published in New Scientist, Nyström’s study follows his group of students who replicated the experimental conditions in the 2004 “Supersize Me” documentary by Morgan Spurlock. What was surprising in Nyström’s findings was that not all his test subjects became “lardball[s] with sagging libido[s] and soaring cholesterol… on [their] way to serious liver damage”. Some of the subjects displayed an improvement in cholesterol and little weight gain, of which a portion were gains in muscle mass.

I find Nyström’s study revolutionary because of his modern and forward thinking outlook. Most medical studies are performed on the sick or those predisposed to certain health conditions. Rarely do we study healthy individuals under circumstances that would ordinarily make any individual sick. Well, probably because the ethics committee would have some rather strong words to vocalise. Then again, you wouldn’t find people going to see the doctor and saying, “Hey doc, I don’t exercise and I eat lots of crap but I’m not sick. Why’s that?” But I digress…

Most studies on obesity are conducted on test subjects who are either obese or morbidly overweight. Does it not stand to reason that by examining only the population of people who are predisposed to becoming obese we are missing out on the full picture? To understand a condition it is sometimes helpful to look at its opposite.

On Nurture for the Future

On Forty, Fit and Fed